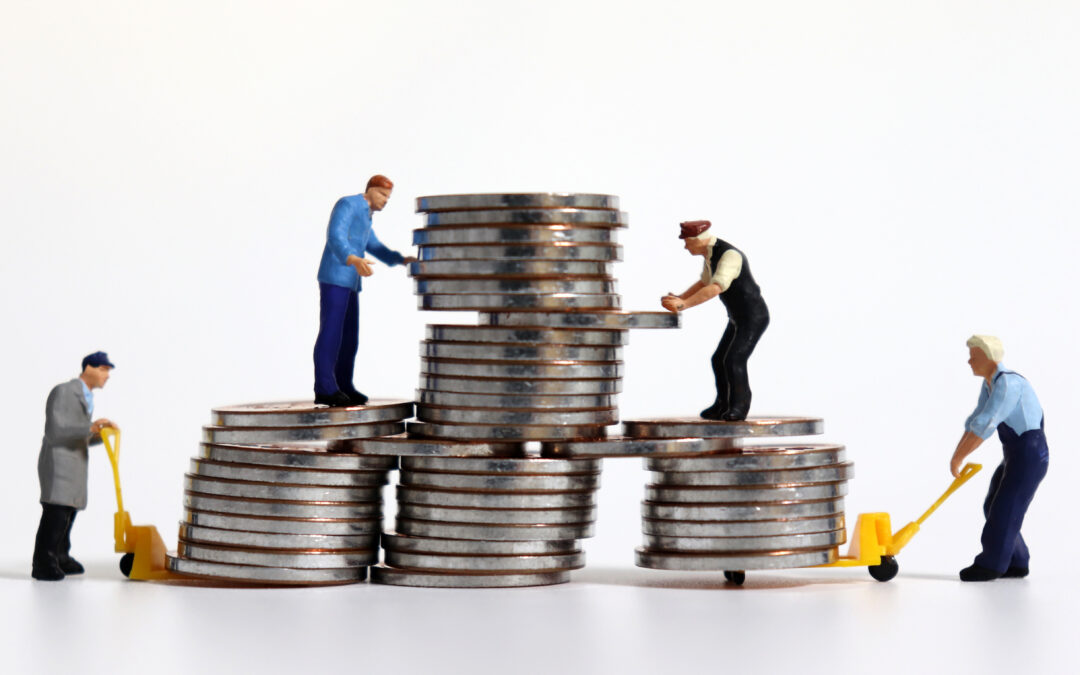 Manifesting wealth requires an inside-out approach (which still alludes most people) as much as an outside-in approach (which is what almost everyone seems to be trying these days).

If you google search: “how to make money with purpose”, you will find 9.65 billion posts. That is more than the number of people on this planet!!

Interestingly, it is also more than double the results you’ll get if you searched “making money” or “abundance”.

There are 10,000 courses offered on Udemy to help people find and live their purpose.

And if you have the unpaid youtube version, you don’t need anyone to tell you how many advertisements are created by individuals claiming they can help you “use your skills to help people and make money”.

We live in a world (at least in the West) that is obsessed with:

To do that, we are told that we need to:

Those techniques are important and do help us grow.

These methods more often than not leave us strapped for money, and feeling disconnected, discouraged and demoralized.

Because they are methods that are missing something key…..a methodology!

Or more simply put… a larger framework or way of thinking that those methods support!

And this framework is something that the best “growth hackers” and celebrities intuitively understand and apply.

It is the power of investing your time and energy in building authentic and strong relationships from our innermost circle out.

… This is the Inside-out approach. But what does that actually mean and what does it look like?

I was reading Brendan Kane’s “One Million Followers: How I Built a Massive Social Following in 30 Days” and in it he shares what he learned from working with Taylor Swift.

“The fascinating thing about Swift is that she built her brand, music and stardom herself.

She started on Myspace where she created a platform that fostered a one-on-one connection with fans because she intuitively understood that this would accelerate her brand reach.

She responded personally to each and every comment she received. And anytime she’d get a request for an autograph or a photo, she would comply.

She once even did a 13 hour meet and greet session – which turned into 17 hours – where she personally signed autographs for, and took selfies with 3000 fans.

She knew that every fan who stood and waited in line to receive an autograph or a photo would be a fan – and brand advocate – for life.”

Taylor Swift is considered one of the best-selling musicians of all time. 8 of her songs have reached #1 on the BillboardHot 100. She has sold over 200 million records worldwide. And her concert tours are some of the highest grossing in history!

When we think of the change we want to create in the world, we think BIG!

This is especially true because the bar has been set very high in terms of the individual’s capacity to affect big change and build massive impact:

And so we are inclined to focus our efforts on reaching as many people as possible as quickly as possible.

And the way we do that is by “putting ourselves out there”.

We hear this term when it comes to:

Let’s take a step back and take a closer look at what it is that we are doing.

Where is our focus?

It is on bringing in new people, who are essentially strangers into our world – to buy into hiring us or purchasing from us. 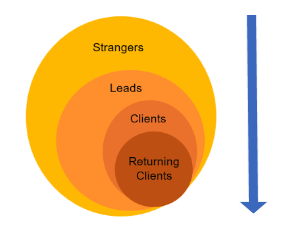 The way we are approaching brand building (whether we are the brand, or our companies are the brand) is from the outside in:

We think that because we want to build big fast we need to use an “outside in” approach.

What Taylor Swift did was interesting because it was the exact opposite approach!

Her focus was on her die-hard fans. Her focus was on giving an extraordinary value to her most avid supporters. And it is perhaps the reason why Taylor’s fans call themselves “Swifties”!

She trusted that if she were to focus her efforts on creating an authentic and strong connection with her innermost circle of fans, they would go out there in the world and speak for her.

They would post the pictures, autographs, and videos that they took at the event on their own social channels. They would share her songs widely. They would become her advocates!

According to Kane, although she ended up physically meeting only 3,000 people, she probably reached around 100,000 people that day. And since the average Facebook user has 338 friends, she could potentially reach up to 1,014,000 people.

I am by no means advocating that you should not “put yourself out there” and generate interest, because whether you are a professional or an entrepreneur, establishing yourself as an expert in your field is extremely important.

What I am asking you though is:

How much time, effort and money are you investing in cultivating strong and authentic relationships with the people in your world?

In describing Swift’s approach, Kane follows it up by stating: “this works for her because she’s genuine. She doesn’t just do this to manipulate the system. Not only is she smart, talented and appreciative of her fans’ time, she has a good heart, and it’s this heart that has fostered brand loyalty, which grows like wildfire.”

This is not a “technique”. It is a way of perceiving and acting in the world. For it to work with any of us, we need to embody it in our thoughts, feelings, words and actions.

It needs to become second-nature to us.

And the world will test us on that. A very large number of people we help will not help us back.

We will regularly encounter people who are too focused on growing their own worlds to really notice and appreciate our support.

If we are expecting to see the results of our efforts from the people we helped in proportion to our help, we will be very disheartened indeed.

And if we are banking on seeing the results of our efforts quickly, we will be disappointed.

It took Mike at Phoenix 6 months to see the return on his efforts of caring personally and cultivating connection. And even then, about a dozen people became strong supporters and advocates of his services.

And yet, those dozen brought about 40% of Phoenix’s business!

Focusing on what we want from people is a built-in mechanism that is designed to ensure we survive in this world.

What it is not designed to do is support us in thriving.

It is easy to deprioritize supporting our family, friends, colleagues and networks at large in favor of focusing on what we need to get done.

We get caught up in our work and don’t attend the Lunch and Learn our colleague just initiated.

We forget to send a supportive message to a member of our community wishing them luck in their upcoming workshop and assume it is no big deal.

And yet, the most remarkable and successful people do exactly the opposite.

Caring Personally and Supporting Consistently is their top priority.

Dale Carnegie remembered the names of every person he conversed with, from a one-time call, to a client, to the janitor and everyone in between. He created a system for that because it was his way of caring personally.

Taylor Swift makes time for her fans by attending their birthday parties, weddings and bridal showers. In 2014, she showed up at her fans’ homes with Christmas gifts, and more than 18 million people viewed the videos of the Christmas gift deliveries!

We at Phoenix made a decision to keep meticulous records of our clients’ needs and invite them personally to the specific workshops that are aligned with those needs.

And both Mike and I are very intentional about showing up for the people in our network, being there for their projects, cheerleading their initiatives, and co-creating with them whenever there is an opportunity of mutual value.

Your people are well worth it. They deserve that of you! 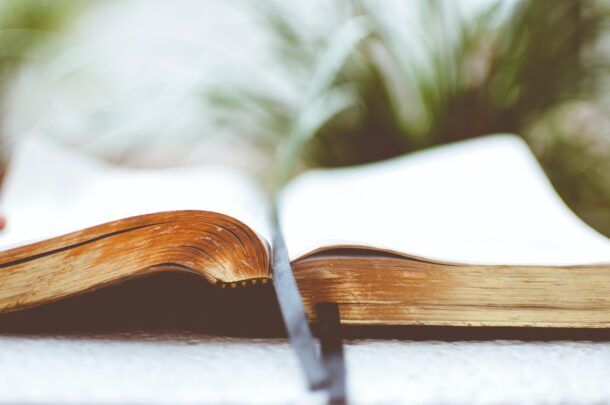 You have Successfully Subscribed!

Make Meditation Easy For Me

Send me access so I can decrompress my mind, not get caught up in thought, and finally reap the benefits of meditation

Help My Skin Breathe Some Energy

Send me access to skin breathing please! Help me re-energize and detox energetically through the skin. 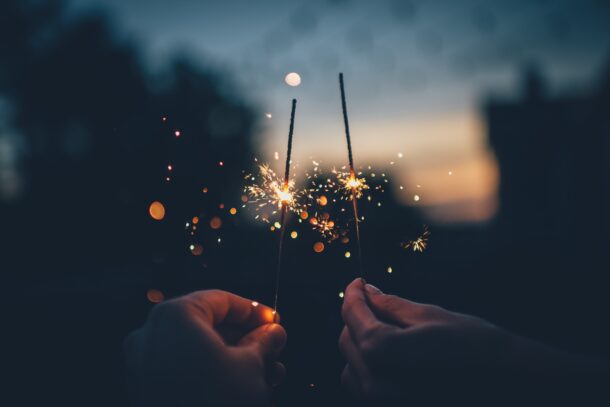 Sign up here and we'll send you the link to access our beautiful holiday celebration guide and the guided meditation. Get ready for a magical experience. :)

Success! Check your email for instructions on how to retrieve it. The email will either be from Mailchimp or from Phoenix Internal Arts Academy. Please check your spam or promotions folder just in case you don't see it in your inbox right away. :) Much love!